On Midway Atoll, a remote National Wildlife Refuge in the North Pacific, the effects of plastic marine pollution are quite evident. For many years, albatross chicks decaying carcasses have filled viewers with a sense of "culpable ignorance." Seeing these  decayed bodies laden with plastic where their stomachs would be, reminds us that we are connected to the natural world. That plastic toothbrush that we threw out, those bottle caps that we walk past on the street, and the multitude of plastic that we have not recycled, ends up where we least expect it. As this picture taken on Midway in 2001 demonstrates, our culpable ignorance about what happens to this plastic after we "throw it out" is forever shattered as we peer into the dead albatross and see all those items and more. A plastic fossil that we can not ignore.

Susan Middleton and David Liittschwager's images and chronicle of "Shed Bird" a Laysan albatross chick they encountered while visiting Kure Atoll in 2004 (watch video link to hear the story as told by the photographers) have found a wide audience. The images were released at a time when the general public was (an is) becoming more aware of the plastic debris "gyres" in the world's oceans. Recent travels of Chris Jordan and his team to Midway Atoll bringing a modern telling of the story of Midway's albatross populations and the perils individual albatross face from marine plastics and human consumerism. The albatross at Midway are a harbinger of the amount of plastic in the ocean since they happen to feed along one of the largest concentrations of marine debris in the north Pacific. US Fish & Wildlife researchers have estimated that each year at least 5 tons of plastic marine debris is brought to (landfilled) Midway Atoll by albatross regurgitating to their young.

Marine debris also effects other animals at Midway Atoll. Corals are killed by large conglomerations of discarded or lost fishing nets, referred to as Ghost nets. Ghost nets wash over the emergent reef at Midway and become entangled in coral heads, ultimately rubbing against the fragile coral animals until they die. These ghost nets once tangled in corals in shallow lagoon waters also become hazards to animals like sea turtles and juvenile monk seals. See this video for a dramatic view of this hazard to monk seals filmed by a BBC Natural History Unit crew visiting Kure Atoll in 1999. Nets on the beach also can entangle monk seals, sea turtles, albatross and other seabirds on land as well.

Having lived for 4 years on Midway Atoll and bearing witness to plastic pollution since 1998, and now returning with ecotourism groups since 2008 this blog was conceived to showcase the role creative artists are playing in both interpreting this ecological challenge to the public and helping to inspire creative solutions to what at times seems like an unsolvable problem. Along the way the problems of marine debris throughout the worlds oceans will be brought in focus. In my travels to various coastal and island communities plastic pollution is a ubiquitous problem, and one that seems to be increasing in scope each year. Science will still be how we define the problem and how we decide what is needed to direct management and behavior changes that will impact the volume of plastic pollution ending up in our oceans and food webs. However, I believe that it will be through inspired personal stories, related through art and field based learning opportunities that will serve to engage entire communities to remember that they are connected to the natural world, both right outside their door and miles away in the middle of the worlds oceans. This connection is needed to remind us that we are part of nature and thus fully invested in its welfare.

Posted by naturefinder at 9:03 AM 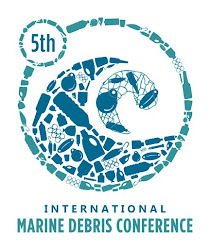 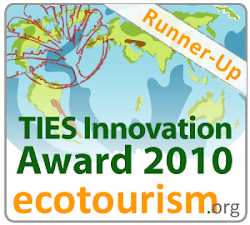 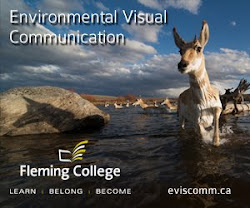 Video Of Plastic In Laysan Albatross